Seasons come and go. Years pass. Decades roll by.
And through it all, certain things endure the test of time.

Like a tree growing strong and fruitful, Foster-Healey Real Estate has spent more than 90 years stretching its roots deep into the North Central Massachusetts soil. Its branches reach across the entire region, from Athol to Leominster from Townsend to Petersham. And its people are true locals who reflect the rich history of the company itself - established, comfortable, and more than anything, local.

The Foster-Healey story began in 1924 when Ralph S. Foster founded the company from a small room in his Lunenburg home. By 1955, the company had established itself in its original Main Street office in Fitchburg, next door to a hardware store owned by the parents of a man by the name of Ed Healey. A natural-born salesman known as a consummate promoter with a great sense of humor, Healey wanted to ensure that he could provide for his family and he left the hardware store in favor of a career in real estate. Through hard work and dedication, Healey made this prediction come true and he eventually earned a promotion to office manager before finally purchasing the company outright from Ralph Foster's son, Roger in 1977. 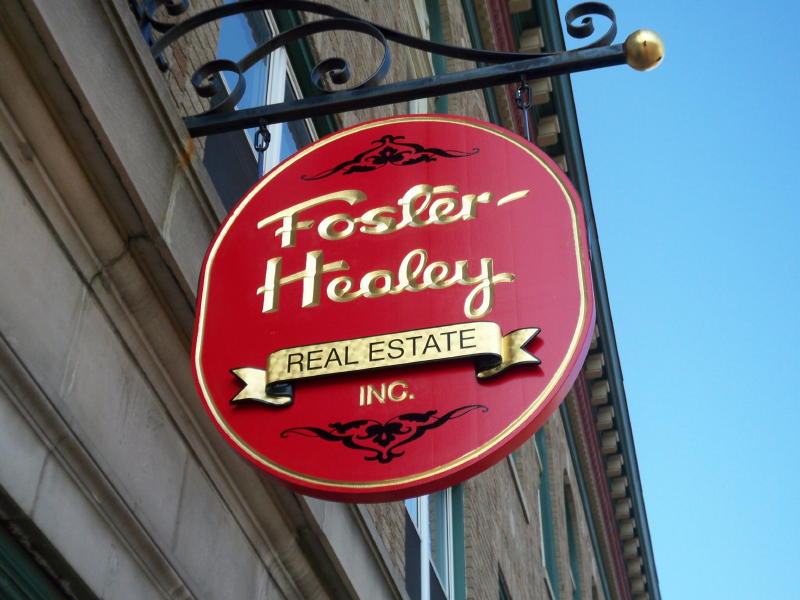 Local. And Proud of It.

Since 1924, the primary goal of Foster-Healey Real Estate has always been to provide a superior level of service from a truly local perspective. Foster-Healey takes great pride in serving these wonderful New England communities, and it shows in everything they do. Rick Healey is a former President of the Massachusetts Association of Realtors and former Chairman of the North Central Massachusetts Chamber of Commerce. The company's agents are all locals, many of whom have called North Central Massachusetts home for their entire lives, if not generations before them.

Despite the fact the company operates offices in Leominster and Gardner and employs more than 50 licensed real estate professionals, Foster-Healey has never been built on the premise that bigger is better. In fact, it's quite the opposite. The Foster-Healey team takes great pride in providing a local alternative to the corporate-owned, cookie-cutter franchises.

When you work with Foster-Healey for the sale or purchase of a property, you receive the utmost in personalized service and advice from an experienced agent who, like you, lives in the area and is dedicated to the community as a whole. That doesn't mean you have to sacrifice any of the benefits a larger company may provide. Foster-Healey aggressively markets homes for sale and provides state-of-the-art tools and technology for its agents.